"I was a studious girl; and the acquisition of knowledge has been a passion with me during my whole life." 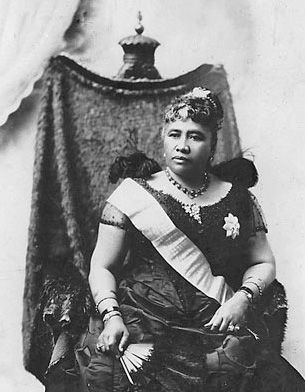 "The last monarch of Hawaii, Queen Liliuokalani was also a gifted poet, composer, and songwriter, her best-known song being “Aloha Oe” (“Farewell to Thee”).

Born in Honolulu, she became queen of the islands on January 29, 1891, following the death of her brother, King Kalakaua. Her husband John O. Dominis, a governor of Oahu, died in the same year. Queen Liliuokalani's brief (four-year) reign was marked by political turmoil in a period of economic depression and increasing U.S. influence. She tried to change the reform constitution of 1887 and return to autocratic government, but she was overthrown by resident Americans in January 1893.

Although the U.S. President Grover Cleveland supported her cause, the dethroned queen was finally forced to abandon her protests. In January 1895, detained in the royal palace, she formally abdicated and swore allegiance to the Republic of Hawaii. The United States annexed the islands in 1898, and Liliuokalani was eventually granted a small pension by the Hawaii territorial legislature."

Queen Liliuokalani's best known song is Aloha Oe. Listen to it below.

Let us hear from you!