Woman of the Month

"Invest in the human soul. Who knows, it might be a diamond in the rough." 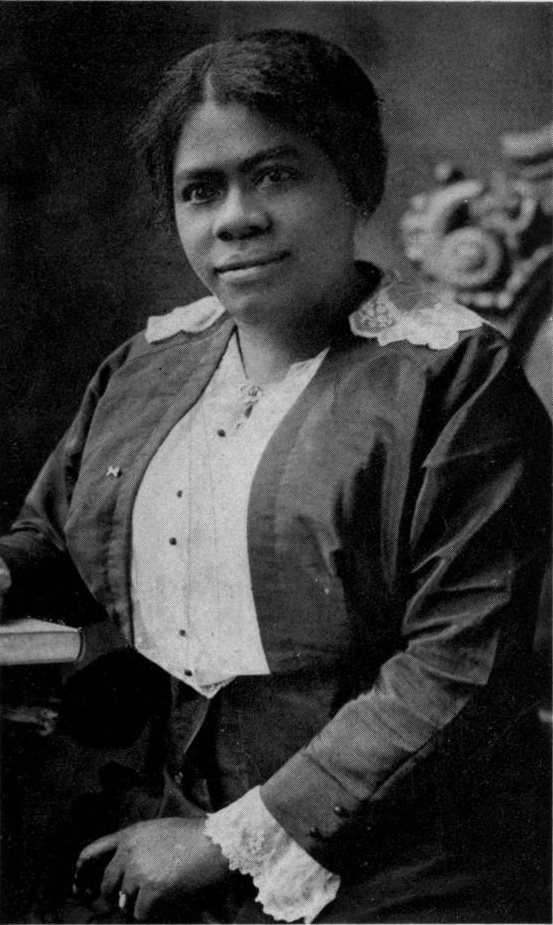 "One of the most influential African American women of her time, Mary McLeod Bethune founded the National Council of Negro Women, the Federal Council on Negro Affairs, and Daytona Normal and Industrial Institute, which later became Bethune Cookman College. In 1936, she became the first black woman to head a federal agency, serving in President Franklin D. Roosevelt's administration.

Born near Mayesville, South Carolina, Mary McLeod Bethune did not attend school until she was about nine years old because there were no schools in the area for African American children. In addition, her parents, who were former slaves, did not read or write. She attended the Presbyterian Mission School, about five miles from her home, until she was twelve, when she left home to study at Scotia Seminary, graduating in 1894. When she completed her studies, she entered the Moody Bible Institute for Home and Foreign Missions in Chicago, Illinois, to prepare to be a missionary. For reasons that are unclear, she was denied an assignment to a mission, but racism may have played a role. The denomination may have had an unwritten policy of not sending African American missionaries to Africa. Instead, Bethune taught at schools in Georgia and Florida.

In 1904, she moved to Daytona Beach, Florida, which had a large black population and no public education for black students. With only $1.50 to start the school, she raised the money needed to open a private school for African American girls by speaking at churches and other gatherings. The Daytona Normal and Industrial Institute for Negro Girls opened on October 3, 1904 with five girls. Within two years, 250 students attended the college and adult evening classes that the school offered. A high school was added later. Bethune supported the school through public appearances and by soliciting funds from friends and philanthropists. As she described it: “I rang doorbells and tackled cold prospects without a lead. I wrote articles for whoever would print them, distributed leaflets, rode interminable miles of dusty roads on my old bicycle; invaded churches, clubs, lodges, chambers of commerce.”

In 1923, the school merged with the all-male Cookman Institute and became the Daytona Cookman Collegiate Institute. In 1924, a junior college curriculum was added, which was accredited in 1932. In 1933, the school became Bethune-Cookman College, adding a four-year degree program in 1943, which received accreditation in 1948. Bethune served as president until 1942 and from 1946 to 1947.

In addition to providing educational opportunities for African Americans, Bethune was actively involved in civil rights issues. She was a founder of the Commission on Interracial Cooperation in 1919, and after the passage of woman suffrage in 1920, she headed a voter registration drive despite threats from the Ku Klux Klan.

At a meeting of the National Council of Women of the United States, Bethune met Eleanor Roosevelt and began a long friendship with her and President Franklin D. Roosevelt. The friendship that developed between the two women became increasingly important as Bethune entered public service during President Roosevelt's administration. Bethune regularly called upon Eleanor Roosevelt to use her influence on the president and on other administration officials on behalf of programs and projects for which Bethune needed support.

Through the Federal Council on Negro Affairs, which she founded in 1936, black government officials worked to advance African Americans in government jobs, secure job training funds, and advise the government on racial issues, including support for anti-lynching legislation and voting rights legislation. Known as the Black Cabinet, it provided a conduit for information between African Americans and the Roosevelt administration and influenced legislation. The group worked to end discrimination and segregation in the federal government and played an instrumental role in obtaining Roosevelt's 1941 executive order banning racial discrimination in government jobs and defense industries.

In 1937, Bethune organized the National Conference on the Problems of the Negro and Negro Youth at the Department of Labor. The conference, which brought together the NCNW, the Black Cabinet, and national leaders, called for a federal anti-lynching law, equal access to the ballot in federal elections, open housing, an equitable share of federal education funds, and an end to discrimination in the military. In 1941, Bethune secured seats for African American women on the War Department's advisory council on women, and she served as a delegate to the founding conference of the United Nations in 1945.

Toward the end of her career, Bethune said: 'The drums of Africa still beat in my heart. They will not let me rest while there is still a single Negro boy or girl without a chance to prove his worth.'"